Even when it feels like He’s not looking out for me, HE IS.

Wow oh wow has it been a week for me, guys! I’m exhausted…. It all started when I woke up for my FIVE AM van time in Pittsburgh, PA. Yep, you read that right. 5 A M… I was putting my makeup on when I realized my cover up stick was missing. Thinking nothing of it, I went back into the main room to grab my purse because duh, the cover up stick was obviously in there. Little did I know…..wait! WHERE’S MY PURSE?! If I could paint a picture of how fast I took apart that room, imagine The Flash circling and circling around a hotel room until it resembled that of a tornado. I searched over every nook and cranny and still NO PURSE. Then, the fear and the dread set in…I had left it in the flight cabinet ON THE PLANE. NOOOOOOOOOOOOOO! I began to hyperventilate. My wallet! My passport! My driver’s liscence! Endless amounts of make-uo! My headphones! And of course, my stupid cover up stick!!! I called Crew Tracking immediately.

“Okay thanks. How can we help?” “I left my purse on the airplane that I was working on yesterday!” “You what?” I sighed and put my head in my hand. “I. Left. MY. PURSE. On. The. Airplane. Yesterday.” “Oh. That’s really bad.” I glared at the phone. You think?! “So anyways, I need to know where that plane went yesterday after we re-crewed it.” “Okay so I don’t actually know…uhm, hold on let me see if I can find out.” Oh boy…. “Great. Thanks.” At this point, I’m just ready to cry… “Okay so the plane is back at base and you will just have to grab it when you get back into base, okay?” “Wait, so no one can grab it for me and put it in the crew room or give it to a gate agent or something?” “Uhhhhhh, no. Sorry.” You have got to be kidding me. “Okay thanks for everything. Bye.” He forgot to mention to me that the plane I had been working on had been taken out of service for maintenance and had been safely secured in a hangar the entire night. Nope, he didn't mention that detail to me at all. So at this particular point, I was a big giant mess! I called my Base Admin and ended up waking her up….whoops! I was in such hysterics she didn't even realize who I was! She said she’d keep an eye out for it but that nothing had been reported on it yet. I even messaged the flight attendant who had switched places with me when we got to Pittsburgh and she hadn’t seen it either! Somehow, no one had seen my purse!!! When we did finally get to the airport, I had to go through regular security becauseeeee? No passport or even a driver’s license! Throughout the day, I just kept on receiving a constant reminder that I didn't have my purse. This only added to my overwhelming stress. I kept thinking to myself: have to cancel my debit cards, have to apply for a replacement driver’s license, have to reapply for a passport, all of the cash is most likely gone, Kristina….etc, etc. My captain had been doing some investigating regarding the whereabouts of my precious purse. Maintenance had been busy that morning but they did say that they had found the aircraft and that they would search it for my purse. I continued to do my pre-flight duties, and then we boarded the plane. It wasn’t until I was about to close the door that my captain hollered at me “hey looks like they found your purse!” I was so freaking happy I let out a huge squeal of delight that sort of had startled my First Class passengers……heh, oops. The rest of the flight was a total blur. All I could keep focusing on was the fact that my purse would be back in my hands as soon as we landed!!! The captain called Final Descent and the other flight attendant and I proceeded to do our walk-throughs. We landed and I opened the door to see the maintenance guy coming towards the plane….with my purse in his hands! I was so excited that I almost ran off the plane to meet him. Good thing I didn’t, lol. I’m not allowed…. He handed me my purse and I thanked him what must have been one thousand times. I immediately went to searching it and thank The Lord, everything had been exactly as I left it. Not one item was missing or out of place.

Even when it feels like He’s not watching over you, I promise you He is. Every second of every day He is watching. Some things might be meant to go your way, and then some things might not. Thankfully I was meant to get my purse back! But the whole fact of the matter is that you yourself have to be okay with whatever happens. Learn to trust in Him, even when He doesn't fix it for you. I’ve not only had to learn but also grow to accept that sometimes the things that I want so desperately in my life are not always going to be meant for me. I may never know why I didn't get to work at exactly 9AM that day or why the relationship I had didn’t work out but that’s okay. Because at this very moment, I am trusting in what God’s plans are for my life. And so far, from what I have already seen, it’s going to be a pretty incredible adventure! Praise Him! 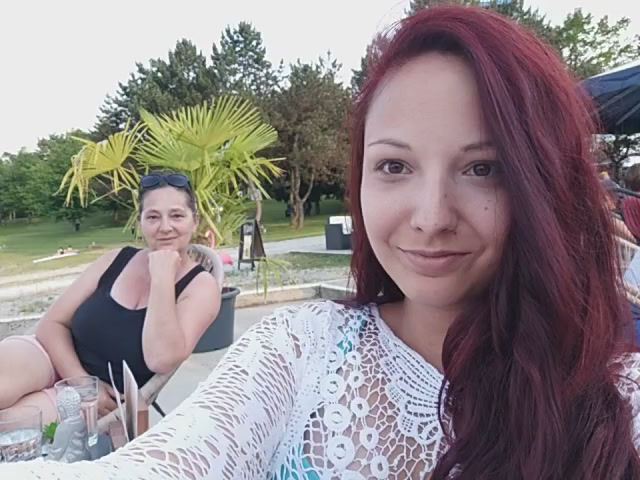