I just heard from an acquaintance. She said she has been in a relationship for a year already. Everything was going wonderfully in her relationship, until today.

She said was always honest with her boyfriend and let him know from the beginning that she despised people who lie and that she only wanted honesty from him, to which he had no objection and was also honest with her. However today she noticed something weird. So she reacted calmly for a woman who has a strong temperament.

It was "the other woman" topic.

She told him in a roundabout way that she would like to get an explanation of some things, and he kinda didn't give that to her and her "imagination" started to work overtime. Now here's the shock. Her loving boyfriend shows her "respect" by calling her "a brazen cow" and telling her to look at herself in the mirror. (!!!). There is no justification to treat another person like this and say such abusive things. It doesn't matter if it's a woman or a man. She blocked him from her medias him right away because she felt totally shocked and insulted.

Perhaps you can expect such an insult from a child who may not understand the weight of those words, but from an adult with so much life experience and manners that he always had .... one would at least wonder in what kind of society we live. Or you wouldn't ask yourself anything, because something like this leads to a 100 percent shock in which you take yourself out of the situation.

She also says she has never felt so humiliated and offended and that if that “other woman” meant so much to him - he could simply tell her so and she would get out of the way because she doesn’t want to stay where she is not wanted or share her partner with someone else. She didn't really believe that he has some other woman or anything, but after she got insulted and was shocked, she took it as a real possibility. Next, she started to overthink everything and to build the worst and the darkest scenarios in her head. Just like we all do. But she was determined not to contact him. She really wants an apology. She said that her boyfriend is really kind and the best man she has ever, met but that he is also impulsive and if she didn't break the communication off then they would end up fighting for 3 days about - nothing, because they both would overreact about every little thing.

Things like this really can truly ruin a day. Imagine loving someone so much and fighting over literally nothing. We all have gone through something similar probably. She said she knows that he always needs time to get himself together after a discussion, but this time she is very confused because she didn't realize what she did wrong. A big factor may have been texting or messaging - when the other person cannot see you and hear you to understand your reaction. They may have understood each other and he "went crazy".

Furthermore, says this young. lady, "indeed, I looked in the mirror as he advised me. I saw a strong woman who is going to make herself determined not to contact him until he apologies. We went through a lot of stuff and I know he is a really proud man, but I really deserve an apology."

Had she been a little weaker, they would really end up fighting so much and insulting each other because she was also "done" in her head. I think she did the right thing - gave it time and space. However, she understands her worth and also that people make mistakes, so I think she is ready to forgive him if she gets an honest apology. They know each other the best. They should work it out. She is not someone who would give him up. She was always finding a way for them to make things work out. But he also gave his best. At least she says so.

I really felt the need to share this story because while you want to have a partner, you imagine it like having a love, best friend and the biggest support in your life. We all forget very often that relationships are constant work, require understanding, trust, respect, honesty and also patience. Having a relationship isn't always easy. There are not always roses everywhere, but it's our decision if we want to put our effort into our relatioships and our partners. Because if you love someone, you don't give them up for every little thing or also for some big things. Of course everything in life has some boundaries. If they are totally crossed, well, then it is hurtful and can be a deal breaker. We also should be aware of that kind of risk. But I believe in love and hope that love always can win.

Don't get me wrong, I am happy for all of you who are in happy relationships with your partners and I truly wish you alllll the luck of this world, but I also want to warn you and give some advice... Don't let anyone humilate you in any way. Appriciate yourself and don't settle for less than you deserve.

If they offer you less then you deserve, it's better you live in love with your boots, like me, forever. Or with cats. It's your choice, but please, know what you're worth.

To support The Justice Project and the fight against human trafficking go to : www.thejusticeproject.net

To watch more videos of my Adventures in Thighboots on Leviticus Fashions YouTube channel go to : https://www.youtube.com/channel/UCN8FNLtdob_AKkErNok5_eg 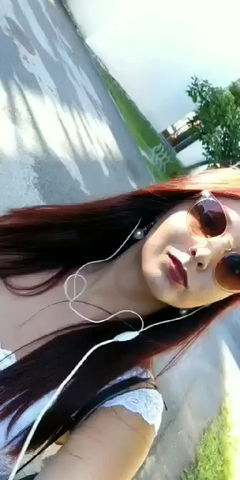